There is one body and one Spirit, just as you were called to one hope when you were called; one Lord, one faith, one baptism; one God and Father of all, who is over all and through all and in all. 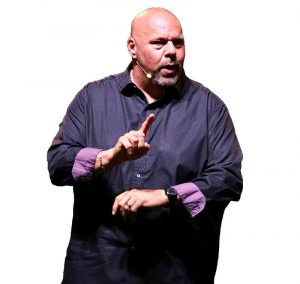 Carmine Azzato spent 26 years of his life in the World of Professional Wrestling. Carmine was known as BLAST, later on in his career he became 1/2 of the Tag Team the NEW DEMOLITION with his partner AX. Carmine’s career had many high points and accolades, like being a World Champion on 9 different occasions, not to mention traveling all around the world. Carmine’s life, prior to and during his time as a Pro Wrestler caused him to face many unforeseen obstacles. Many things that Carmine struggled with ultimately caused his life to take a downward spiral. Many of these same struggles often claim the lives of millions of people daily and worldwide.

Thankfully Carmine’s life took a positive turn, a turn that would become one of the greatest comeback stories ever told. In November of 2002 Carmine was radically saved after hitting rock bottom. Carmine went from being a Nine Time World Champion to a broken, desperate and lost soul crying out for help and holding onto life by a thread. But on this occasion, after being ministered to for over 13 months, by two men that did not give up on him, Carmine finally found the strength and the will to live once again. Carmine’s walls finally came down as he ran to an altar and received Jesus as his Lord and Savior. Carmine chose that day to live for Jesus and to abandon life as he once knew it. Carmine was not only saved, but he was also physically healed and soon after that he was completely delivered and set free. 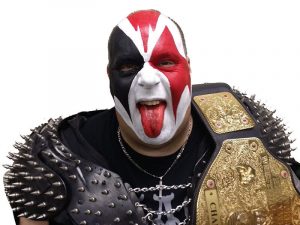 Since then, Carmine Azzato has answered his true calling as an Evangelist, traveling around the world sharing the good news and preaching the Gospel. Oftentimes Carmine returns too many of the same places that he once Wrestled, for fame and money. Now Carmine returns to those places to Wrestle For Souls. Carmine and his wife Jules head up a life changing organization that Jesus gave them called Hitting The Pavement. This ministry is one that produces True Champions for Jesus, Champions that walk out their callings as Carmine continues to do, teaching people to walk out theirs in the Power and Authority that Jesus has given each and every one of us.

Let us not become weary in doing good, for at the proper time we will reap a harvest if we do not give up.